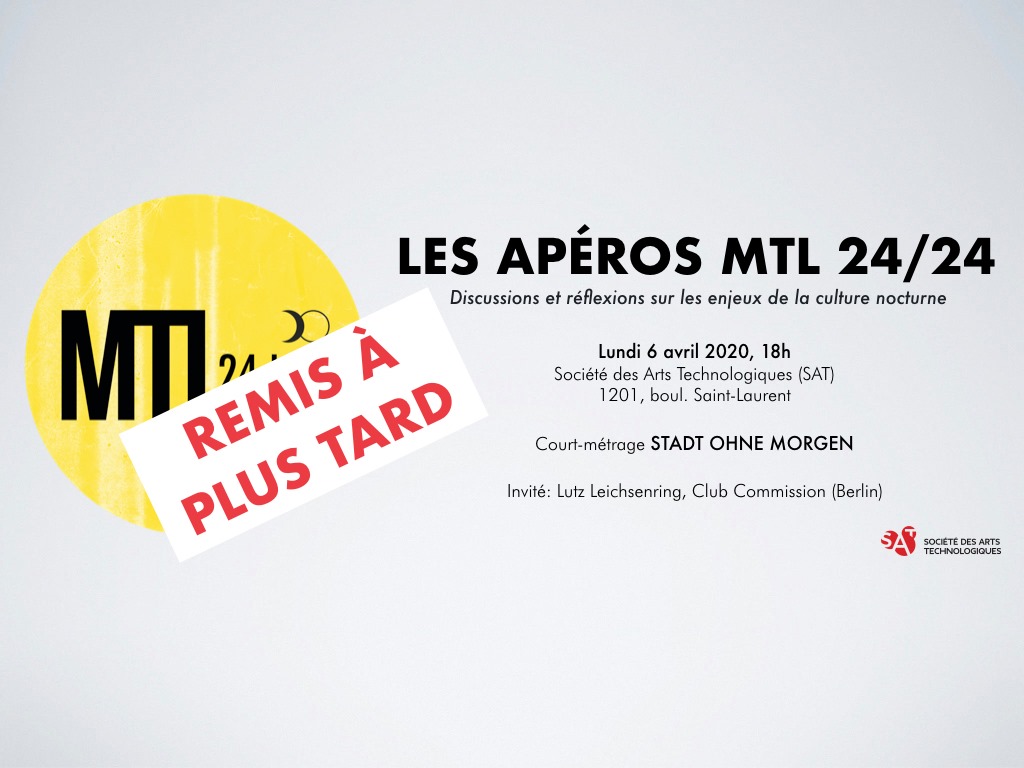 Discussions and reflections on the issues of night culture

North American premiere of STADT OHNE MORGEN a short documentary on the history of Berlin’s curfew.

In 1949, the curfew in Berlin was abolished once and for all by a man named Heinz Zellermayer, paving the way for the never-ending nights and limitless freedom Berliners still enjoy today. STADT OHNE MORGEN explores how this decision has enabled Berlin’s nightlife to grow into a diverse club culture and what it means to have this freedom in a city that is rapidly changing.

The presentation of the short film will be followed by a videocall with Lutz Leichsenring, spokesperson of Club Commission, an organization representing club owners and night professionals in Berlin, which co-produced the film.

Lutz is a consultant and night time economy, culture and community activist. He is also the founder of the VibeLab and Creative Footprint with Amsterdam’s ex-night mayor, Mirik Milan.

Please note the film will be shown in its original german version with english subtitles.

Cover charge is on a pay-what-you-can basis; a $10 donation is suggested but no one will be refused due to lack of means. All donations raised will be used to develop the MTL 24/24 NPO, whether through the production of conferences, workshops or events that help spread local nightlife.